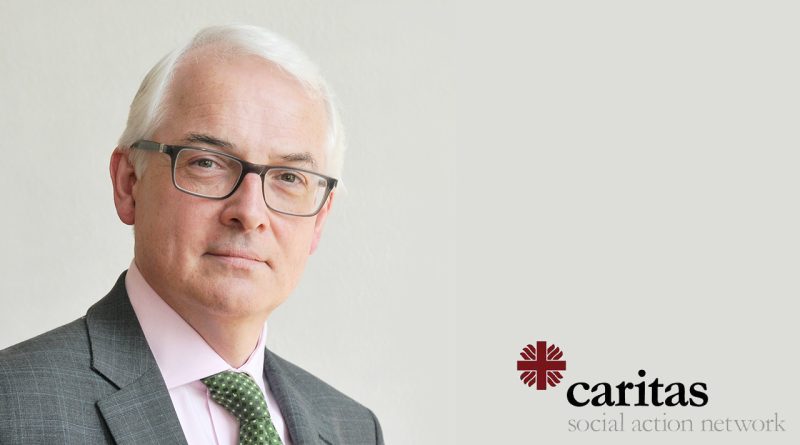 Raymond Friel, Chief Executive of Caritas Social Action Network (CSAN), has been recognised for his services to education in the Queen’s New Year’s Honours List 2022. Raymond has been awarded the OBE following a distinguished career of nearly 30 years in education.

Born in Scotland, Raymond has spent most of his professional life in England. He started teaching in St Charles Catholic Sixth Form College, London, in 1990. He was a head teacher in Catholic secondary schools from 2002 until 2016. In that time, he was a National Leader of Education and supported other schools as well as his own. In 2016, he took up the post of General Secretary of the Catholic Independent Schools’ Conference, developing an innovative programme of formation for aspiring leaders and building up learning networks for the schools. In 2018, Raymond moved on to take up the role of CEO of Plymouth CAST, a multi-academy trust of thirty-six Catholic schools, and in 2020 became interim CEO of the Diocese of Westminster Academy Trust.

Raymond is the author of influential books on Catholic education, including How to Survive in Leadership in a Catholic School. His latest book, Formation of the Heart: the Why and How of being a Catholic Today, is expected to be published in 2022 by Redemptorist Publications. He is also a literary editor and published poet. Raymond lives in Somerset with Janet, his wife who is an artist. They have three sons.

‘Under Raymond’s leadership, the organisation and the schools were completely turned round. He brought a sense of purpose, pride and cohesion to the organisation and the schools. Standards were considerably improved and there were many other major achievements. I am delighted that Raymond’s dedication hard work and leadership have been recognised and honoured. The award of the Order of the British Empire to Raymond is richly deserved.’

Bishop Terence Drainey, Chair of CSAN, said: ‘It is with real joy and pride that I congratulate Raymond on receiving the OBE. He has contributed so much to Catholic education and to the wider sphere. He has always offered his expertise and talents for the good of all involved in education and I am very grateful that he brings all those gifts with him into the charitable sector via CSAN.’

Raymond Friel said: ‘It is an honour to be recognised for my service to Catholic education. I have to thank my family and everybody I’ve worked with in Catholic education over the years. It has always been a team effort. For an award of this kind to go to a Catholic educator shows just how far we have come as a community.’