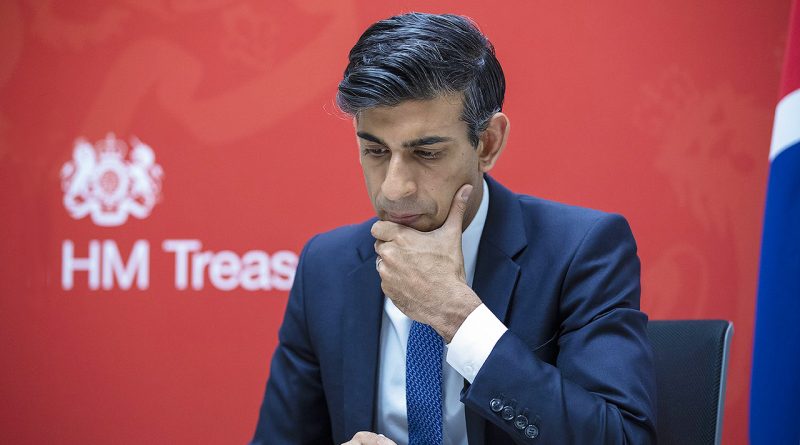 The problem with government Budgets from whatever party has always been trying to determine what they actually mean, and who they might benefit or harm. After a week of systematic leaks there were few surprises left on Wednesday when Chancellor Rishi Sunak delivered the Government’s autumn statement. What wasn’t expected was Sunak’s claim that he’s on a “moral” mission to cut taxes and halt the relentless intrusion of the state into our lives. Frankly this is a little hard to swallow after he set out plans for taxes to rise to their highest level in more than 70 years.

Yes, it was good to hear that more money is going to be pumped into public services recovering from the Covid crisis and to protect them from the spectre of rapidly rising inflation that is almost upon us. And higher spending to ‘level up’ the UK’s struggling regions can only be good news for those living in our most deprived areas.

But the problem with government budgets and spending has always been that there is only ever a certain amount in the pot, derived primarily from taxation, and fiscal good news is simply another way of saying that money is going to be shunted from one place to another. So there will always be losers, and that’s invariably the poor and vulnerable, while the wealthy just get wealthier. So a “moral” pledge from the Chancellor to “cut taxes before the next election” is a commendable promise, but one that he won’t be able to keep unless the current ebullient spending announcements are curtailed.

One also has to question the logic of much of the present government’s thinking  – for instance, overhauling the tax on alcohol means cheaper booze, but that’s just throwing fuel on an already significant social problem, whilst a much-applauded reduction in the rate of withdrawal of Universal credit from 63 per cent to 55 per cent won’t buy most families an extra pint of milk. Equally, the so-called ‘hiking’ of the minimum wage for people over 23 to £9.50 an hour is only a rise of 59p an hour, so you’ll be bringing home just an extra £4.92 for your hard eight hour day – probably less than the cost of the bus journey home. If you’re under 23 the rise is even less.

The Institute for Fiscal Studies (IFS) has said that inflation and higher taxes on incomes will negate any budget benefits, and they claim that low-income households will feel “real Pain” as the cost of living is going to outstrip benefit payments. Paul Johnson, director of the IFS, said on Thursday that “millions will be worse off in the short term” as a result of soaring costs.

The Chancellor did promise teachers, civil servants, font line workers and the police that their three year pay freeze will be unlocked – but that’s no handout, it’s just the termination of three years of theft.

More worryingly, the big spending commitment is on crime, with £435m pledged to increase CCTV monitoring of public spaces, and more street lighting (without which of course CCTV is pretty useless). Crime is unquestionably a problem, but there’s no evidence that’s it’s rising, or any worse than in previous decades. In fact, in some respects serious crime has reduced. However, fear of crime has increased and when any government plays to that, at the same boasting it’s building business and national prosperity, you may be sure we’re heading for a deeply divided country.

No doubt it won’t be long before this government starts turning to the Churches and core Catholic organisations to fill the gaping holes that will soon start opening up in the social and moral fabric of the country. Of course we’ll step in, because it’s what we always do anyway, as Jesus commanded us. But the government would do well to remember that we cherish our hard-won separation from the state, and won’t stint on our public witness. We cannot repudiate Jesus when he asks us to be “leaven in the world” so it’s our solemn duty to work constantly for justice, charity, truth and the needs of the most vulnerable in society.

The government can have it’s front page pictures of the Prime Minister and Chancellor pulling cheap pints, headlines about ‘cash boosts for workers’ and a ‘moral mission to cut taxes’, but it would serve the country far better if it were to become a voice for the voiceless.

Talking of a voice for the voiceless, little Amal was this week welcomed by the Cardinal into Westminster Cathedral. Amal is a nine-year-old refugee who has fled her war-torn country in search of her mother and is also hoping to get back to school. Her epic 8,000km voyage has already taken her across Turkey, across Europe, calling off at St Peter’s Square to meet Pope Francis, and now she is in the UK heading to Manchester, her final destination.

Of course, Amal is not a real unaccompanied child refugee, but a 3.5-metre-tall puppet created by the remarkable Handspring Puppet Company, the world-famous creators of War Horse. In collaboration with the Good Chance theatre company – which started in the Calais refugee camp in 2015 – The Walk of Amal is an extraordinary artistic response to a time of unprecedented global change and uncertainty for our whole human family, in a world where millions of displaced children are more vulnerable than ever. Amal’s message is simple but profound and challenging: “how would you welcome me?”

When I was growing up, I was taught to set an extra place at every meal table – “in case a stranger calls,” my mother used to say. In the West of Ireland where my parents came from this often happened, as many a visitor seemed to be passing our door at meal times! But there was a far deeper significance to this ritual – it came out of years of poverty, hunger and uncertainty, and an unspoken Catholic understanding that the unexpected guest might in some way be Our Blessed Lord himself.

For her creators, Amal – whose name means ‘hope’ in Arabic ­– is not in any way a spiritual statement, but a travelling festival of art with a political and social message. However, empathy with child refugees is a human certainty, so Amal’s Walk has naturally unified the countless thousands who’ve turned out to welcome this ‘unexpected guest’. Across the world, the project has ignited far deeper spiritual sentiments, and an awareness of the fragility and interconnectedness of us all.

We’re often inclined to hope and say that in our predominantly secular world most people are still yearning for these kinds of meaning, and for a new spiritual awareness. I’ve never doubted that, but the challenge has often been how do we as people of faith engage with the wider world, and get people in turn to engage with us?

Over my many years in Catholic journalism I’ve been a strong advocate for the use popular culture as a means of reaching out with the Good News of the gospel. After all, how else will the multitude understand our message if we don’t present it in terms that can be understood easily, and by the greatest number? Jesus had no problem with that, and neither did that other epic journeyman, St Paul: “I have become all things to all people so that by all possible means I might save some.” (1 Corinthians 9:22)

It was a heart-warming moment when Cardinal Vincent Nichols welcomed the iconic puppet into Westminster Cathedral this week, greeting it as if it was a human child.

“Half of me says, “come on, this is a puppet.” And half of me found myself speaking to her. So there’s something very creative in what we saw  … It wasn’t just a puppet – though it was – but it kind of embodies a whole dimension of our human family that is travelling lost, at risk and in danger. And yet still with the kind of innocence that you would expect of a young child.”

When the Catholic Church engages with public moments in this way it’s unquestionably at its best, and can move souls.

“The message is very simple,” said Cardinal Nichols, “… that people who are desperate for almost whatever reason, but certainly as a result of violence, persecution or absolute poverty – they are our brothers and sisters.

“That’s the message. And as Christians, in them, we are invited to see the person of Jesus. We have to let that rumble around in our hearts, our minds and in our conscience and say, “Can we not do better for these brothers and sisters of ours?”

That’s a profound and inspiring message, and one that our government and Chancellor would do well to contemplate.

JOSEPH KELLY is a Catholic writer and publisher, and founder of The Catholic Network