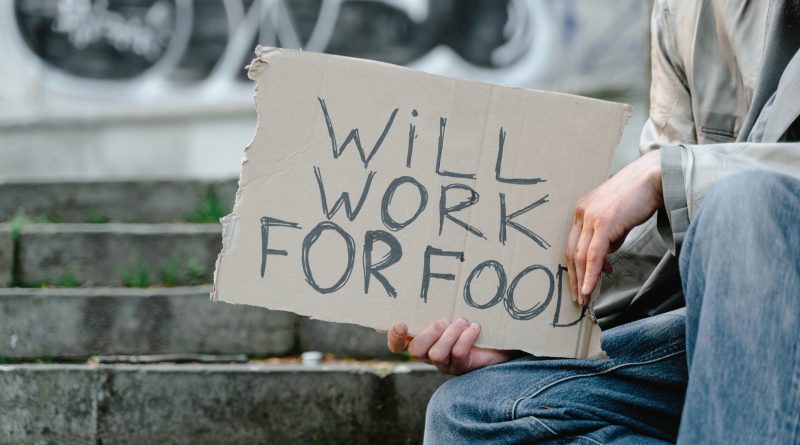 The UK government has come under fire this afternoon after a leading Catholic charity described today’s Budget announcement as “a missed opportunity”.

Following Chancellor Rishi Sunak’s announcement, The St Vincent de Paul society has said the government has continued to “squander opportunities to lead the country out of the pandemic and into a fairer and more just future built on every sector of society.”

Whilst it welcomed some aspects of the Budget, such as the rise in the National Insurance threshold, the SVP said it changes like the doubling of the Household Support Fund “should have gone much further” and are not sufficient to help those families most in need.

There was also criticism of Mr Sunak’s failure to act on rising fuel and energy bills, and to address the impact being caused by rising inflations and household costs.

“For lower income households which depend on social security, the crisis is having a disproportionate effect simply because benefits rise in line with inflation,” said the SVP.

“The 3.1% rise in benefits, which equates to £10.07 per month for Universal Credit claimants, will leave low-income households much worse off.”

The charity also said that the government should have been listening more to frontline service providers such as the SVP, in order to formulate “more robust and targeted solutions to the epidemic of poverty effecting England and Wales during these uncertain times.”

Today’s Budget announced by Chancellor Rishi Sunak is delivered against the backdrop of an inflation rate expected to peak four times above the Bank of England’s 2% objective, and an economic outlook which is at best uncertain.

A recent Resolution Foundation report suggests that the conflict in Ukraine could push peak inflation in 2022-23 above 8%, which could leave the typical real household income for non-pensioners 4%, or £1,000, lower than in 2021-22.

Wholesale energy prices have risen much faster than expected since the last Budget, and the war in Ukraine is expected to further increase fuel and food prices over the coming months. The resultant gut-wrenching rise in energy bills has produced a palpable sense of anxiety for millions, while petrol and diesel prices approaching £2 per litre means the commute to work has now become a dangerous drag on household incomes.

The cost of living crisis is affecting millions of households, many of whom are being supported by members of the St Vincent de Paul Society (SVP) and St Vincent’s centres across England and Wales. Without the support of the SVP, tens of thousands of families would fall into poverty and be denied the help they need to survive and the empowerment to pull themselves out of poverty and regain their dignity.

The doubling of the £500 million Household Support Fund for local authorities to help families most in need is simply not enough and should have gone much further.

For lower income households which depend on social security, the crisis is having a disproportionate effect simply because benefits rise in line with inflation. The 3.1% rise in benefits, which equates to £10.07 per month for Universal Credit claimants, will leave low-income households much worse off.

We welcome the rise in the National Insurance threshold by £3,000 to £12,570, which means thousands on lower incomes will take home more money. However, we are disappointed that no benefit uprating has been announced, which adds to the issue caused by the £20 cut to Universal Credit late last year.

The decrease from 5% to 0% VAT for homeowners to install energy-saving materials such as solar panels is a good move, but it does not go far enough. Most people feeling the financial squeeze are those who are not home-owners, and therefore this measure missed an opportunity to combat climate change for all households.

The SVP has been extremely vocal over its concerns with the Levelling Up White Paper, which can be found here. We pointed out the need for policies which promote secure employment, and we urged the government to listen to the experiences of frontline service providers, such as the SVP, to better inform plans to revitalise communities.

Today’s Budget is a missed opportunity to add momentum and commitment to the Levelling Up agenda. In a recent letter to the Secretary of State for Levelling Up, Housing and Communities, Michael Gove, about the UK Shared Prosperity Fund (UKSPF), the SVP highlighted the need for better guidance and clarity around the objectives of UKSPF. However, Mr Sunak failed to provide further details, leaving significant doubts over the UKSPF’s effectiveness in tackling the economic disparity.

The government continues to squander opportunities to lead the country out of the pandemic and into a fairer and more just future built on every sector of society. This Budget could have addressed the financial mechanisms which unfairly punish those on lower incomes as inflation rises. Mr Sunak could also have lessened the impact of rising wholesale fuel prices on people who simply cannot afford the startling increase in heating and fuel bills, and the government could have better consulted with frontline service providers, such as the SVP, to provide more robust and targeted solutions to the epidemic of poverty effecting England and Wales during these uncertain times.

Every week throughout the pandemic, St Vincent’s Southend has, on average, delivered around 45 -50 food parcels to vulnerable individuals and families. They may seem like a few bags of essential food items, but to struggling families they literally are a lifeline.
One family of five were struggling to put food on the table when the father lost his job just before Christmas. In desperation, they reached out to the team at St Vincent’s Southend who discussed their situation with them, placed them on the centre’s friendly ‘knock and drop’ foodbank service, and put the family in touch with a service provided by one of the St Vincent’s Southend partner organisations. Supporting them over a four-week period gave the family the breathing space they needed to assess their position and apply for grants and benefits knowing their young children had food to eat.
The whole family thanked their volunteer delivery driver for the “care, concern and kindness” they had been shown during their most desperate time.