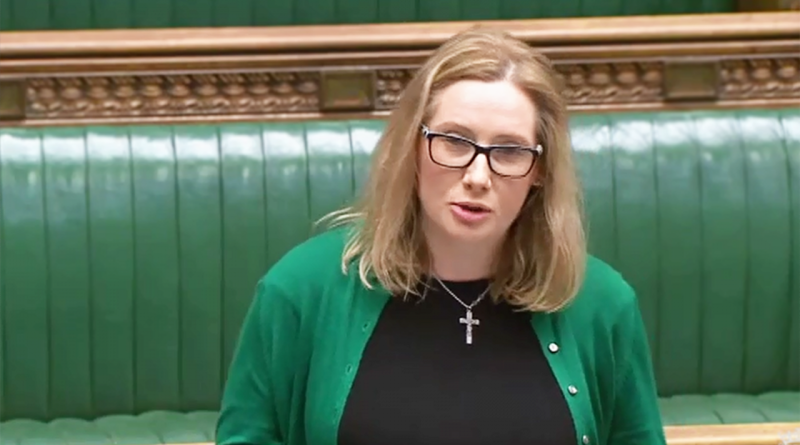 A Catholic Labour MP has called for more sanctions as well as an immediate recall of Parliament following the Russian invasion of Ukraine.

South Shields Member of Parliament Emma Lewell-Buck, who also sits on Parliament’s Select Defence Committee, voiced her concern during an interview with BBC Radio Newcastle, stating that more needs to be done by the Government to support Ukraine during their time of need.

During the interview, she talked of tougher sanctions that she feels should be put in place, as well as a recall of Parliament so legislation can be pushed through “as quick as possible”.

The Russian invasion on Ukraine came to light on Thursday morning as Russian Armed Forces previously concentrated along the border filtered through Belarus.

Prime Minister Boris Johnson addressed the nation speaking about action that the UK Government have taken to support those who are suffering invasion.

In his statement from Downing Street, Mr Johnson said: “This act of wanton and reckless aggression is an attack not just on Ukraine, it’s an attack on democracy and freedom in eastern Europe and around the world.

“Innumerable missiles and bombs have been raining down on an entirely innocent population.

“A vast invasion is under way by land, by sea and by air.

“We, and the world, cannot allow that freedom just to be snuffed out. We cannot and will not just look away.

“Today in concert with our allies we will agree a massive package of economic sanctions designed in time to hobble the Russian economy.

“Diplomatically, politically, economically, and eventually, militarily, this hideous and barbaric venture of Vladimir Putin must end in failure.”

However, Mrs Lewell-Buck has said that more needs to be done urgently by the Government, while calling for an urgent meeting of Parliament so further sanctions and legislation can be pushed through “as quick as possible”.

Speaking to BBC Radio Newcastle, she said: “What we’re seeing unfolding now is full-scale war in Europe. I don’t think any of us thought we would ever see that again.

“For months we saw a build-up of troops on Ukraine’s border and it’s only been this week though that sanctions have been put in place.

“Already, civilians are dying. I think Parliament should be recalled so we can get this legislation through as quick as possible.”