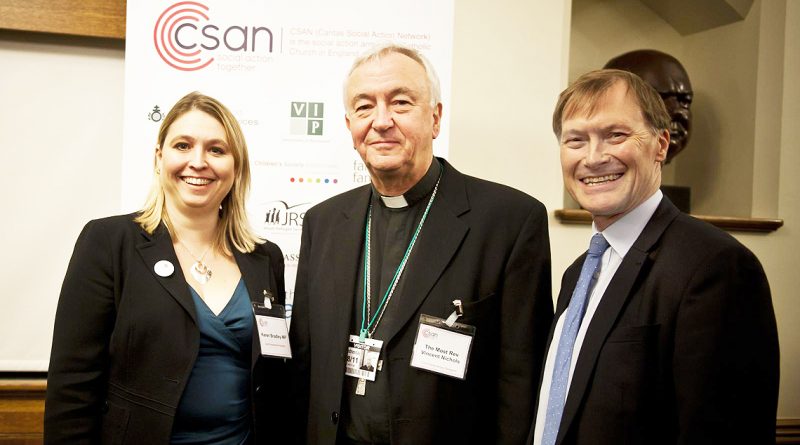 Following the death of Sir David Amess MP as a result of a knife attack on Friday 15th October, Cardinal Vincent issued the following statement:

The tragic death of David Amess creates a painful loss in so many lives. I pray for him that he be welcomed into the merciful presence of Our Heavenly Father. I pray for his family and friends, those reeling from shock at this time. I pray for his constituents and all those who worked with him in his political career.

This death throws a sharp light onto the fact that our Members of Parliament are servants of the people, available to people in their need, especially in their constituencies. This horrific attack, as David was undertaking his constituency surgery, is an attack on our democratic process and traditions.

David carried out his vocation as a Catholic in public life with generosity and integrity. He served in Parliament for four decades and was respected by all political parties across the House. His untimely death is a great loss.

David Amess, as a Catholic, understood the role and importance of the Holy See. It was he who, in 2006, established the All-party Parliamentary Group for relations with Holy See Group, a Group including people from different faiths and beliefs. Over the years he led several parliamentary visits to Rome. He was instrumental in the historic visit of Pope Benedict to Parliament in 2010 and in the return visit by HMG representatives to Rome in the following year. He fostered this mutually respectful relationship through meetings with Cardinal Parolin, the Pope’s Secretary of State, and with other Catholic leaders. This contribution is both esteemed and will be sorely missed.

I pray for the repose of his soul. May he rest in peace.