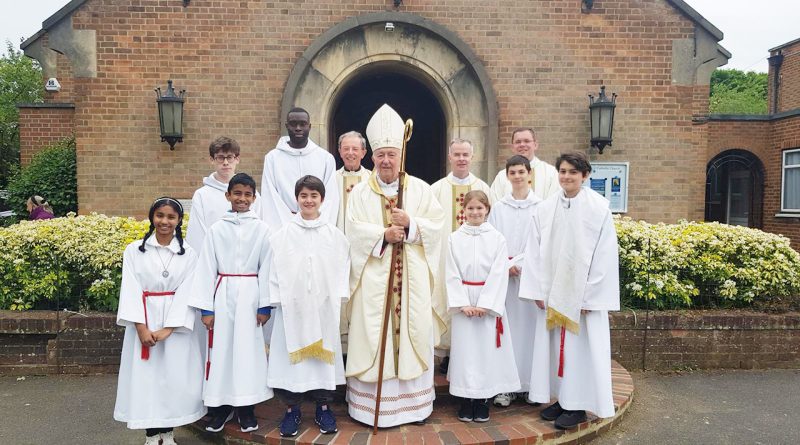 In a packed church on Sunday 15 May, Cardinal Vincent celebrated a special 70th Anniversary Mass at St Mary’s, East Finchley. The platinum jubilee marked 70 years since Cardinal Griffin had come to East Finchley to bless the foundation stone of a new church, built to replace the original destroyed by a World War 2 bomb in 1940.

In his homily, the Cardinal acknowledged that we are all called to a special, dignified vocation of serving Christ and he asked parishioners to remember the special events by which the present church had served them. He reminded parishioners that St Mary’s was the first church built in the diocese after the Second World War.

During Mass, a special communion antiphon composed by Helen Tierney was sung, children crowned a statue of Our Lady with May flowers, and the parish priest, Fr Peter Scott, requested that Cardinal Vincent return to St Mary’s in 2023 to celebrate 70 years of the consecrated church and 125 years of the parish.

Mass was followed by a reception in the hall where Cardinal Vincent cut a celebratory cake. The Cardinal was then given a tour of Finchley Foodbank.