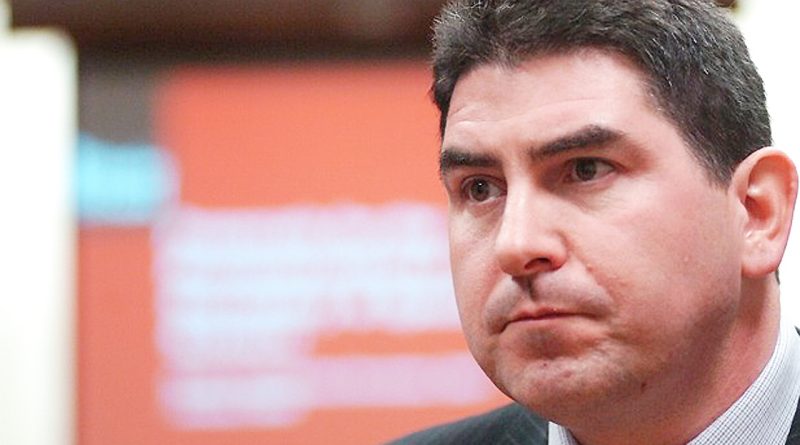 Former MP, Rob Flello, has taken up the post of Chairman of the Catholic Union.

Mr Flello, who was the Labour MP for Stoke on Trent South from 2005-2017, was elected unopposed at the Catholic Union’s AGM on Thursday 28 October.

The AGM took place in the Throne Room of Archbishop’s House in Westminster for a belated celebration of the Catholic Union’s 150th anniversary, which it marked in 2020. Sir Edward Leigh MP was re-elected as President of the organisation.

During his twelve years in Parliament, Rob Flello became one of the most outspoken voices on the Labour benches in favour of pro-life causes and was a member of the All-Party Parliamentary Pro-Life Group.

Mr Flello took up his position as Chairman of the Catholic Union immediately following the AGM.

Catholic Union Chairman, Rob Flello, comments: “I am honoured and humbled to be elected as Chair of the 150-year old Catholic Union of Great Britain. I look forward to building on the great work of my predecessors in this role and leading the organisation to embrace the opportunities before us.

“At a time when the sanctity of life is constantly under threat and our politicians need to hear an authentic Catholic voice, we will be fulfilling that long-standing mission with a refreshed determination.”

Catholic Union Director, Nigel Parker, comments: “Rob is a great addition to the Catholic Union team. He brings with him a wealth of parliamentary experience and a strong track record of speaking up for his faith in the public sphere. I look forward to working with him in his new role.”

Catholic writer and publisher Joseph Kelly from www.thecatholicnetwork.co.uk said it was great to have Rob back on the political scene.

“I knew Rob well from events I helped organise for the Catholic Legislators’ Network, of which he was the founding convenor. Rob was passionate about politics and was a tireless campaigner on numerous social and moral issues. We missed his voice in British politics so it’s great that he’s back to help influence the public debate where it’s most needed.”