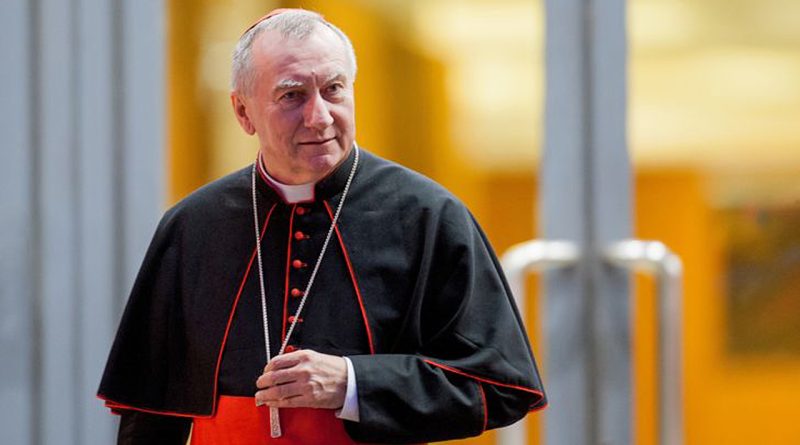 Pope Francis has been unflinching in his call to world leaders to show political courage and close the gap between policy and action on the climate crisis. The Pope’s call was reinforced today, by the Vatican’s secretary of state, Cardinal Pietro Parolin, who addressed the Climate conference – COP26 – in Glasgow.

Parolin told world leaders that they are responsible for offering hope to humanity and the planet.

“We can achieve the goals set by the Paris Agreement only if we act in a coordinated and a responsible way. Those goals are ambitious, and they can no longer be deferred. We find ourselves facing an epochal change, a cultural challenge that calls for commitment by all, particularly those who possess greater means. They must take a leading role.”

“Pope Francis has played a central role in raising the ambition of world leaders challenging them to turn what seems impossible into possible, with his publication of Laudato Si’ – a global call for action to better care for the planet and its most vulnerable communities.

Cardinal Parolin emphasised that the voices of communities hardest hit by the effects of the climate crisis must be listened to, and for world leaders to redouble their efforts to work together to provide the practical policies that match the demands of this crisis.

In Glasgow, over the coming days world leaders have no choice but to work together to avoid the worst of all nightmares, and it’s this message that Cardinal Parolin is urging leaders to hear and heed.

From the start of his papacy, Pope Francis has prioritised environmental issues, highlighting how the current global economic models, policies and industrial systems are disastrous to the planet, and the cause of untold suffering and injustice to the world’s most vulnerable communities.”

In his address to COP26 Cardinal Parolin said that ‘too many of our brothers and sisters were suffering’ and now it was ‘time to act’.

“Now is the time to act, urgently, courageously and responsibly. Not least, to prepare a future in which our human family will be in a position to care for itself and for the natural environment.”

“We know that those on the frontline of the climate crisis have come to have their voices heard at COP26. This isn’t about having answers provided by G20 countries after years of handwringing, this is about world leaders listening to those with the lived experiencing and expertise and elevating them so their voices can be heard.

Catholics and other faith communities across England and Wales and our partners in the Global south join the Pope in demanding sweeping ambition from COP26 – there can be no excuses in reaching net-zero carbon emissions, holding global temperatures to 1.5 degrees and providing adequate financing for vulnerable communities. We cannot afford any more empty promises. The time is now.”

· CAFOD is the official aid agency of the Catholic Church in England and Wales, and part of Caritas International.