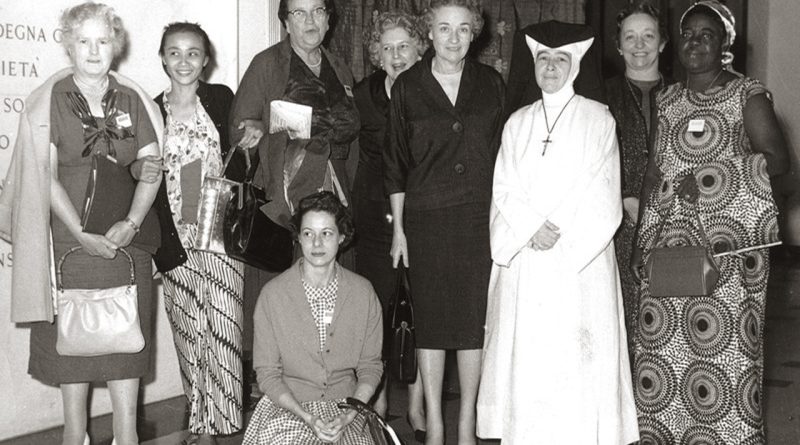 This year is a very special one for CAFOD – the 60th anniversary.

It was in 1960 that an incredible group of Catholic women decided to raise money to help mothers and babies in Dominica with the first ever Family Fast Day.

Led by Jacquie Stuyt, Evelyn White, Nora Warmington and Elspeth Orchard, women from the National Board of Catholic Women (NBCW), the Catholic Women’s League (CWL) and the Union of Catholic Mothers (UCM) came together to organise the first Family Fast Day in 1958. They asked children to give up their sweets and for their parents to make just one main meal for the family – the cheapest possible – and give the money they saved to feed people who were hungry.

They didn’t hold any lofty ambitions – Elspeth Orchard, one of CAFOD’s founding mothers, said: “We weren’t doing anything special. We were just doing what we thought we ought to do, remembering that we are all God’s children.”

But their fundraising was such an overwhelming success that, in 1962, the Bishops Conference of England and Wales registered CAFOD as an official charity.

And here they are, six decades later. Six decades of ordinary people in England and Wales praying, campaigning and raising millions of pounds to help local experts all over the world reach the people who need it most.

Join CAFOD to celebrate 60th Anniversary. They will mark this occasion with a special Mass live streamed from St. George’s Cathedral in Southwark, London.

Mass will be celebrated by Bishop Stephen Wright from Birmingham. The acclaimed London Community Gospel Choir will be leading at the mass as they give thanks for our global partner organisations they work with, CAFOD volunteers, supporters and staff past and present, tirelessly invoking the spirit of God’s love to help our sisters and brothers abroad, to boldly speak out for justice.