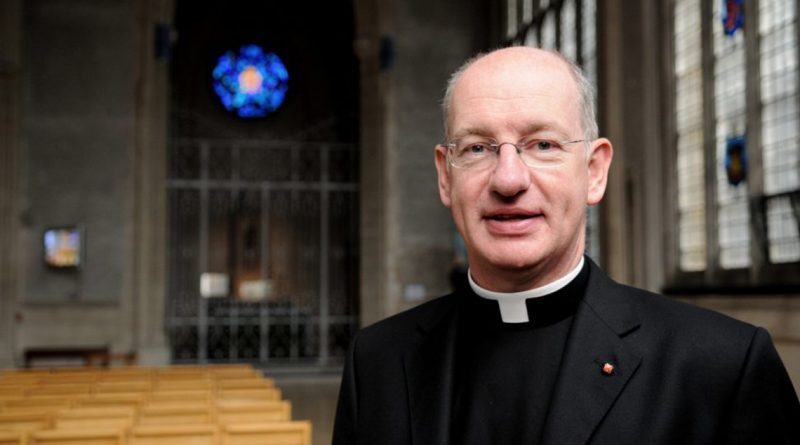 The Bishop of Arundel & Brighton has issued a Pastoral Letter to parishes across Sussex and Surrey expressing his concerns about the Assisted Dying Bill. Rt Reverend Richard Moth has described assisted suicide as “a crime against human life” in his Pastoral Letter, which was read out at all churches in the Arundel & Brighton diocese at the weekend. The Assisted Dying Bill is due its second reading in the House of Lords on 22nd October.

Dear brothers and sisters in Christ,

‍There has been much coverage of the Assisted Suicide Bill, currently making its way through the House of Lords. It is important that we take action to challenge this proposed legislation. It is also vital that we affirm our support for the best possible end-of-life care, including spiritual and pastoral support for those who are dying and for their families. This has been made all the more urgent as a result of the decision by the British Medical Association to take a neutral position on this issue, albeit by the narrowest of margins.

The Catholic Church remains opposed to any form of assisted suicide. It is a crime against human life and we cannot directly choose to take the life of another, even if they request it.

It is the case that, in this country as in many others, we have a growing elderly population. The needs of the elderly and the needs of those who live with disability have been highlighted further during the course of the Covid-19 pandemic. The Bill currently being considered raises serious questions about society’s ability to protect those who are most vulnerable. We must ask how the law can ensure that a person will be free from pressure to end their life prematurely due to perceptions about ‘quality’ or ‘worth’ of life, and will not feel the need to act out of a sense of ‘being a burden’ to family and to the wider society. In this context, it is important for us all to reach out to those who may feel isolated or lonely, enabling them to recognise their value and the contribution their experience and wisdom brings to others.

We have seen, in recent years, the impact of Assisted Suicide legislation in other parts of the world such as Belgium, Canada and the State of Oregon. Evidence shows that the introduction of laws for ‘small numbers of cases’ has inevitably led to an exponential growth in those seeking ‘assisted dying’. The State of Oregon has seen an increase of 1075% in ‘assisted deaths’ between 1998 and 2019, Belgium has seen a 925% increase between 2002 and 2019, and in Canada the increase in only four years between 2016 and 2020 has been 648%. These are deeply concerning figures and are accompanied by an expansion of grounds, to include assisted suicide for children, non-terminal illness and non-terminal psychiatric illness. We should be in no doubt that any legislation to permit assisted suicide in our own country would take us in the same direction.

This country has a fine tradition and experience in end-of-life care, rooted in the care and compassion that is at the core of our humanity. This is seen when the best possible care is available, that all may be enabled to come to the end of their lives with the best of pain relief, surrounded by family, whether in hospital, hospice or at home. The provision of this care should be a priority.

As followers of Christ, we recognise the Sanctity of Life in all around us. This must urge us to call everyone to this place of compassion; to the greatest care and respect for the most vulnerable in our society. The work of opposing this Bill demands our prayerful support and action.

You can find out more and gain information as to the best possible way to oppose the Bill on the website of the Bishops’ Conference of England & Wales: www.cbcew.org.uk/life-issues/

Information has also been sent to parishes and is available on our own diocesan e-news and website: www.abdiocese.org.uk/diocese/news

With every Blessing, +Richard