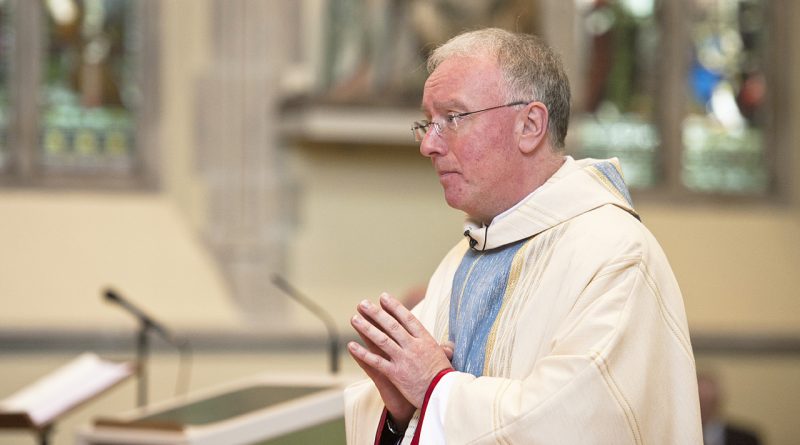 Bishop Philip Egan, Bishop of Portsmouth, has written to the clergy and parishioners of Jersey to “mobilise” and “speak out” against proposals to legalise assisted dying on the biggest of the Channel Islands.

In November 2021, Jersey’s government became the first in the UK to approve the principle of legalising assisted dying.

In a pastoral letter, Bishop Egan explains that he is writing as elections in Jersey are underway.

“I wish to appeal to all people of good will to overturn the grim proposals that have been passed by the State legislature, and at the same time to redouble the compassionate care of those who are frail and terminally ill. Let there be no death-clinics in Jersey.

“Don’t let Jersey become a destination for death and suicide tourism. Assisted suicide is incompatible with a doctor’s role as healer. It would be difficult or impossible to control. It would pose serious societal risks.”

To Canon Dominic Golding, and to the Clergy, Religious and Faithful of the Parish of Jersey

Dear Clergy and Parishioners of Jersey,
‘Thou shalt not kill’ (Ex 20: 13) and the injunction ‘Love thy neighbour as thyself’ (Mk 12: 31) are commandments that form the bedrock of not only Jewish and Christian morality but the teaching of all religions.

More, they are instinctive principles that are written deeply into every human heart. They ground the laws that govern every civilised society on earth. This is why the proposal in Jersey last year, passed by the State legislature, to legalise assisted suicide, so-called ‘mercy killing,’ is fundamentally subversive and dangerous, however well-intentioned.

Many a vet will speak of their grief at putting down a beloved family pet – “putting it out of its misery” – yet surely we cannot treat human beings in the same way? It would be an intolerable and utterly immoral demand to ask medical staff, doctors and nurses who are dedicated to preserving life, to extinguish the life of another human person. However carefully crafted the laws might be, assisted suicide would place our medics in an impossible dilemma.

Frailty, pain and infirmity are a difficult trial for anyone. Those who are terminally ill can experience despair and gloom at the problems they face, even feeling a sense of burden on family and a financial burden on society. Yet we can thank God for the amazing advances that medical science has made and for the level of loving care that can nowadays be given.

Modern drugs and modern methods mean that in today’s world, palliative care doctors and nurses can use their skills and knowledge to ensure that pain is properly managed at the end of life. Indeed, as a Christian, I would go further and say that in union with Christ, it is possible to find from Him all the strength, patience and energy we need to sustain our suffering – to ‘carry the cross’ (Mt 16: 24) – and to turn it into a positive good for others. That is the meaning of Easter, when Jesus Christ willingly underwent death from those who had decided it was better for society for Him to be extinguished.

Assisting someone to die prematurely or to commit suicide, even when they earnestly request it, can never ever be a compassionate action. It is a grave sin. We must not yield to the temptation to apply rapid solutions, moved by a false compassion or by criteria of efficiency and cost-effectiveness. Instead, we need to shew respect and tenderness to patients who are seriously ill so that the sacred value of their life can shine forth with splendour in their suffering. Modern palliative care, an area in which the UK is a world leader, enables this.

I write to you because elections in Jersey are underway. I wish to appeal to all people of good will to overturn the grim proposals that have been passed by the State legislature, and at the same time to redouble the compassionate care of those who are frail and terminally ill. Let there be no death-clinics in Jersey. Don’t let Jersey become a destination for death and suicide tourism. Assisted suicide is incompatible with a doctor’s role as healer. It would be difficult or impossible to control. It would pose serious societal risks. The right to die would soon become the duty to die. Consider for example that since Belgium legalised euthanasia and assisted suicide by lethal injection, they have extended this practice to sick children, people with autism, those who suffer depression and to the mentally ill. This sort of legislation, once passed, expands to ever more categories of person.

I appeal to Catholics to mobilise. Speak out against this proposal. Raise it with the candidates. It is never permissible to use an evil means to do good. As the Church’s Catechism says: “Whatever its motives and means, direct euthanasia, … putting an end to the lives of handicapped, sick, or dying persons .. is morally unacceptable. An act or omission which, of itself or by intention, causes death in order to eliminate suffering constitutes a murder gravely contrary to the dignity of the human person and to the respect due to the living God… (2277).”

We believe in assisted living, not assisted dying. Death is not pain relief but the beginning of a new life for ever with God our Father and Creator. This future depends on the state of our soul when we die and this perspective rightly affects our decisions on end of life care and how best to uphold a patient’s personal dignity. Someone near the end of life needs support, comfort and care, good pain control, respect and loving communication – not suicide on prescription.

So during the election campaign, why not find out from the candidates what they think about this topic?

Ask them the following questions:

1. How will you vote on the question of assisted dying?

2. Given the experience in other countries where assisted dying has been introduced, could we credibly ensure that vulnerable people, including those who are depressed or disabled, would not be pressurised into taking this decision?

3. Trust is fundamental to the relationship between patients and medical professionals. How do you think such legislation would alter this relationship?