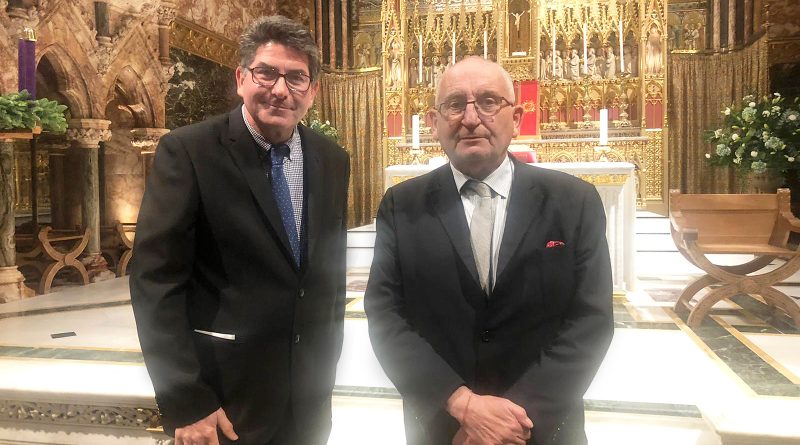 The 2021 Catholic Union Craigmyle Lecture was delivered by Big Issue founder and crossbench peer, Lord Bird, on the theme of reinventing giving.

The Craigmyle Lecture is named in honour of a former President of the Catholic Union, Lord Craigmyle.

Lord Bird spoke movingly of how his experience of being made homeless at the age of 5 had shaped his understanding of the causes that led people falling into need. It was the local Catholic church that stepped in to help the Bird family, providing care for him at a convent in Mill Hill.

He described the Big Issue, which he founded with the Roddick family, as “an emergency response to an emergency situation”. While the magazine was in response to the growing problem of homelessness, Lord Bird spoke of his desire to remove “the traps that keep people poor”, especially illiteracy and addiction.

Lord Bird’s experience of being given money by Gordon and Anita Roddick to launch the Big Issue in 1991 has clearly shaped his view on giving.  People need a “hand up, not a handout”, and he stressed that giving should always be helpful to the person on the receiving end. “When we give, we should not rob people of their dignity”, he said.

He noted that every party in power found itself moulded by the machinery of Government. He hoped that his presence in the House of Lords would force people to think differently.

Catholic Union Chairman, Rob Flello, said: “We’re extremely grateful to Lord Bird for a very powerful and personal talk. Few people have the life experiences that he is able to offer. His journey from working in the kitchens of the House of Lords to sitting on the red benches is truly remarkable. His talk was a stark reminder of the crushing nature of poverty, and the importance of giving in transforming lives.

“This was the first Craigmyle Lecture we have been able to host in person since 2019 on account of Covid restrictions. It was excellent to see many familiar faces and some new ones too. I am grateful to Father Dominic and everyone at Farm Street Church for making it possible to gather and hear such an inspiring talk.”

The Catholic Union of Great Britain: The Voice of Catholics in Public Life