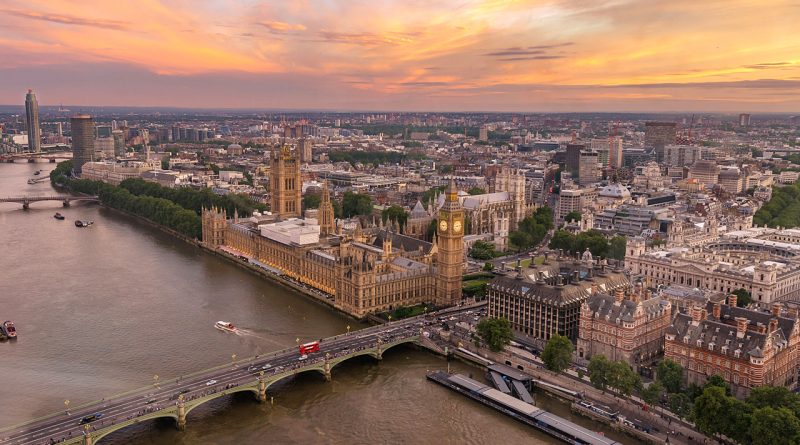 Yesterday afternoon, in the gladiatorial pit of the House of Commons, Boris Johnson delivered a characteristically bullish valediction as the curtain came down on his tempestuous three years in high office.

Whilst his fellow Tories, the Labour Party and a pretty fair chunk of the country breathed a weary sigh of relief, there were those who sensed that all might not be what it seems. Over the past few weeks we’ve seen a fairly tetchy and embarrassing leadership contest between contenders that few would want in a sinking lifeboat, and the prospects for meaningful change in politics look as remote as ever.

For his part the excessively wealthy Rishi Sunak is promising to spare no efforts in sorting out the financial mess he’s spent the past decade creating, and the message seems to be finally getting through that the widely dubbed ‘human hand grenade’ Liz Truss is now the bookies favourite to become our new PM.

For a good while now I haven’t been the only person warning that the Johnson saga was not only a scandal of historic proportions, but represented a very genuine and serious threat to the whole concept of democracy. The events of the past 48 hours have only served to convince me and many others that our democracy is now hanging by a thread.

It was notable, and entirely typical, that Johnson blamed everyone but himself for his demise. In one of the most ungracious and ignoble political speeches ever, his resignation monologue revealed a man who seemed deeply deluded. “When the herd moves” was his explanation for what anyone could see was his own devoted Cabinet saying ‘enough is enough’. An embittered Johnson also lamented the “Darwinian” method of leadership selection (which of course brought him to power) and whined that “them’s the breaks” – clearly believing that all of this was entirely outside his control.

Yesterday in the Commons, what ought to have been an honourable and dignified coda turned out to be yet another blustering exercise in personalised populism, with Johnson signing off with the words “Hasta la vista, baby”, US actor Arnold Schwarzenegger’s iconic catchphrase from his Terminator movies. It was lost on no-one that the Schwarzenegger’s other famous catchphrase is: “I’ll be back!”. (‘hasta la vista’ is an old Spanish farewell generally used to mean ‘until we meet again’ – literally ‘until the view’.)

Even before the sun had set on the Boris premiership there were moves afoot to secure his return. Earlier this week more than 2,000 Tory members expressed their support for a petition organised by Catholic peer Lord Cruddas, and former Conservative MEP David Campbell-Bannerman. The petition proposes that Mr Johnson be added as a third option on the final ballot to ensure that the winner has “integrity” and “the backing of the membership”. Lord Cruddas argues that the Prime Minister was the party membership’s choice of leader in 2019, but has now been “constructively removed by the Parliamentary Party” without a vote from members. An attempt to get a public petition going to reinstate Johnson on the government’s change.org website was pulled yesterday – by the government.

At what is the closing of one of the tumultuous period in British politics, many have been asking how a man with a huge parliamentary majority in 2019 was forced into resigning less than three years later. Brexit, the Ukraine war, inflation, Covid and a string of excuses have been offered, but history will record that Johnson’s personality was his undoing. In much the same way that Donald Trump attracted accusations of obnoxious arrogance, misogyny and incompetence, Johnson equally managed to enflame public ire and outrage at every turn. Historians and biographers will have little trouble detailing the PM’s PR disasters over wallpaper, lockdown fines and indifference to moral norms – but of policy they will find very little to write about.

The Johnson political game had its roots in the Cameron years, where there was a noticeable shift in British politics towards popularism. In short, create policies that give a little something to everyone, create a likeable leader, and watch the votes roll in. The end result was inevitably going to be the emergence of a caricatured figurehead and policies that owe more to a flawed national advertising campaign that any meaningful vision for the future.

Of all the fault lines that the Johnson premiership has exposed, perhaps the most worrying is the disconnect between government and the general population. Thanks to the immediacy and infinite reach of social media we can all know in an instant the many things that people in power have been able to keep to themselves. Most significantly we’ve learnt that, after a number of decades where there appeared to be a genuine debate going on about the nature of power and governance, the oligarchs have truly moved back into Westminster. One day someone will compare the wealth and status of today’s Cabinet ministers to those of the past, and we will all be shocked.

What will also become evident with the passage of time is that in the first two decades of the 21st century, the British government set a new moral low, or perhaps didn’t even know what that was. History has taught us that societies where morality is largely absent from politics tend to become a system of lies and corruption, with a dictator in charge – and such regimes inevitably collapse under the overwhelming need of people to be free of their masters. Today British society stands at one such juncture, and the need to restore public participate in politics is one of the most urgent challenges of the moment. We are facing rising prices and the poverty that it brings, we are facing a critical climate challenge, and thanks to Russia the world has become its most destabilised in more than a century.

Back in 1996 the Catholic Bishops’ Conference of England & Wales published a groundbreaking intervention into the world of politics. In a statement titled The Common Good and the Catholic Church’s Social Teaching, a document was delivered that still stands as a perfect template for meaningful government. In his introductory comments the Late Cardinal Basil Hume laid out concisely what the fundamental purpose of any government ought to be:

“Our human dignity also consists in our being made free by God; free, that is, to do His will by choosing to live and act within the framework of His law. Society should therefore respect human freedom by enabling men and women to assume responsibility for their own lives, and encouraging them to co-operate with each other to pursue the common good. This means that the functions of government, though important, must always be subsidiary; that is, government should help men and women to be free to realise their own destiny …

… The Church also rejects the view that human happiness consists only in material well- being, and that achieving this alone is the goal of any government. If a government pays too much attention to material welfare at the expense of other values, it may advocate policies which reduce people to a passive state of dependency on welfare. Equally, if a government gives too little priority to tackling poverty, ill-health, poor housing and other social ills, the human dignity of those who suffer these afflictions is denied. In every society respect for human dignity requires that, so far as possible, basic human needs are met. The systematic denial of compassion by individuals or public authorities can never be a morally justified political option.”

Cardinal Hume was also at pains to point out that as Catholics we have a solemn duty to steer our legislators in this direction, and to shout when they don’t.

“The Church has the right and the duty to advocate a social order in which the human dignity of all is fostered, and to protest when it is in any way threatened,” the Cardinal said.

Set against this our Church also reminds us that this must be done in a non-partisan way. For example, Canon Law 285 states that any priest who tells people from huis pulpit who to vote for is committing a sin, and the encyclical Gaudium et Spes says the Church “by reason of her role and competence” must not be associated with any political community. This makes Catholic political commentary challenging as, in British politics at least, it’s historically monochrome nature means that arguing against one implies support for the other. One only has to look at the relationship of the both the Anglican and Catholic churches to Tory governments to see that criticism of capitalism is read as support for socialism.

In fact the Catholic Church’s call for a more equitable society traces its roots right back to Pope Leo XIII’s landmark encyclical Rerum Novarum (1891). Couched in the terms of its time, Leo was uncompromising in his view of the ills of misgovernment, and the remedies necessary, but his encyclical is as critical of socialists as it is of capitalists. It also lays down the fundamental principle that the state must be at the service of the person, not the person at the service of the state.

“The State must not absorb the individual or the family; both should be allowed free and untrammelled action so far as is consistent with the common good and the interest of others … both philosophy and the Gospel concur in laying down that the object of the government of the State should be, not the advantage of the ruler, but the benefit of those over whom he is placed. (Rerum Novarum, 35).

Attempting to create a shift away from the monetarism, fiscal management and a meritocracy that has absorbed the government of the past decade will be no small challenge, especially as alternative parties seem worryingly thin on moral substance and commitment to public autonomy. But it’s a task we must engage with if we are to build a more Christian society.