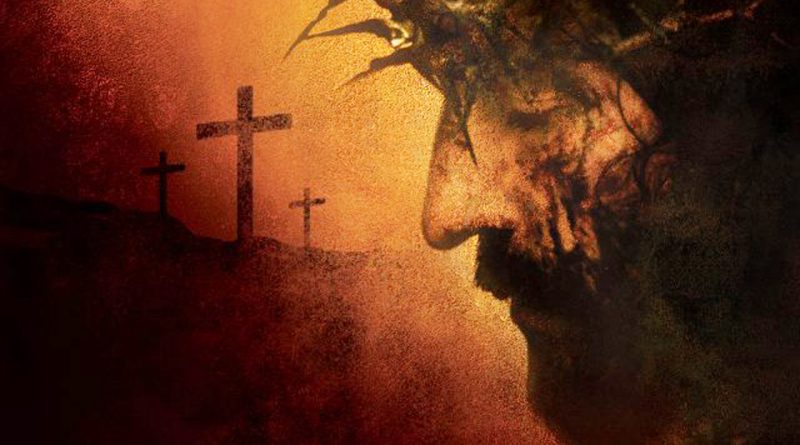 For many Catholic families, watching biblical films in the run up to Easter is part of the ritual journey in which we follow the Passion of Christ. Whether it was the piercing blue eyes of Robert Powell in Jesus of Nazareth or the poise of Max von Sydow in The Greatest Story Ever Told, Hollywood has helped bring to life the events that define our faith. Since 2004, those able to bear it have been able to journey with Jim Caviezel through Mel Gibson’s extraordinarily graphic The Passion of the Christ.

If you haven’t yet seen it, The Passion of the Christ is available on movie streaming services. Focussing exclusively on final 12 hours before Jesus’ death, it has become the highest grossing Christian film of all time, but has also sparked much controversy for its extreme violence.

Of course it’s nothing of the sort, but rather director Mel Gibson’s determination to tell the story of Christ’s passion accurately, and to record the frightening barbarity of the Roman treatment of all non-conformists at the time. Gibson wrote the script and had it translated expertly into Latin and reconstructed Aramaic, pulling the viewer into a real sense of the place, time and events that was to become Holy Week and Easter.

In recent months we’ve all been exposed another barbarity perpetrated on innocent people by a ruthless regime obsessed with power and the annihilation of other narratives. Only a handful of images of the atrocities from Putin’s war in Ukraine have so far reached the public, but the world has been appalled by the scenes of innocent civilians butchered in a completely pointless conflict.

Many hardened journalists say they have been broken by what they are now having to record, as information for a war crimes trial is being gathered meticulously. At some time in the future the world will learn the full horrors of what has been going on – especially across the Donbas region – as angry, defeated Russian troops beat their retreat.

Some of those images have fallen across our news desk here at The Catholic Network, and frankly it’s hard to process the barbarity of what is being done in Ukraine now on a daily basis. We’re not just witnessing war crimes, but a new level of barbarity and determination to eradicate a legitimate nation from the earth.

At his General Audience this week Pope Francis rightly described all wars as “an outrage against God, a blasphemous betrayal of the Lord of Passover, a preference for the face of the false god of this world in place of the meek face of Jesus.”

Seen in the cold light of day, all wars are the result of arrogant and vain men failing to settle their differences intelligently, and the victims are rarely the principal parties. Yet still we elect these people, or at worst consent to the mechanisms that elect them, and we tolerate their incompetence and selfishness until we are all staring down the barrel of a rifle – by which time of course it is too late.

At a human level, the betrayal and execution of Jesus was linked to the manner of his arrival in Jerusalem. The donkey was no coincidence but a statement that Jesus’ kingdom is not of this world, and that the peace of Christ will not come through power and worldly influence.

The popular fallacy that we must fight for peace is as nonsensical as it sounds. You only have to look at the catastrophe in Ukraine to see that Putin’s invasion is only one aspect of a complex, duplicitous and ruthless obsession that many of our world leaders and influencers have with power and self-preservation. Even as the bodies of women and children are being buried at the roadside, men in suits are lining up to turn the carnage into commercial opportunities, and arms are being traded enthusiastically on the bizarre promise they will prevent the next conflict.

Whenever there’s a new war somewhere in the world, people will always ask if we’ve learnt nothing, especially given the wholesale carnage of two recent world wars. All we seem to have learned is how to fight more effectively, and to refine our barbarities even further.

Such was the story of the Roman empire that Jesus crashed into. As Rome expanded across Europe and beyond, it became a largely dehumanised and inflexibly ruthless military machine, whose laws and attitudes simply obliterated everything and everyone in its path. You either consented to become part of the Roman machine or you were eliminated.

Of course today there is no Roman Empire – as the poet said: “the Roman and his trouble are ashes under Uricon,” and all the once untouchable greatness of Caesars has been reduced to crumbling ruins for tourists to visit.

It is hard to respond to despots when one is a Christian – war is just not permissible when you place human lives and people’s rights above political or military views. So how should we react when others put war upon us? It’s relatively easy to preach forgiveness and understanding when it’s not your loved ones lying broken and mutilated at the roadside. Nor was it easy for the followers of Jesus to forgive what had been done to him on that fateful Easter week.

Looking back on the Mel Gibson movie, you get a real sense of the underlying message rather than just the story of Christ’s Passion. Whatever the brutality of the moment, the Easter message tells us there are no human weapons stronger than love and forgiveness. For all the tortures and killings, that central message of Christianity eventually turned all the greatness of Rome to dust.

It’s a profound lesson from history that our world leaders would do well to heed this Easter weekend.