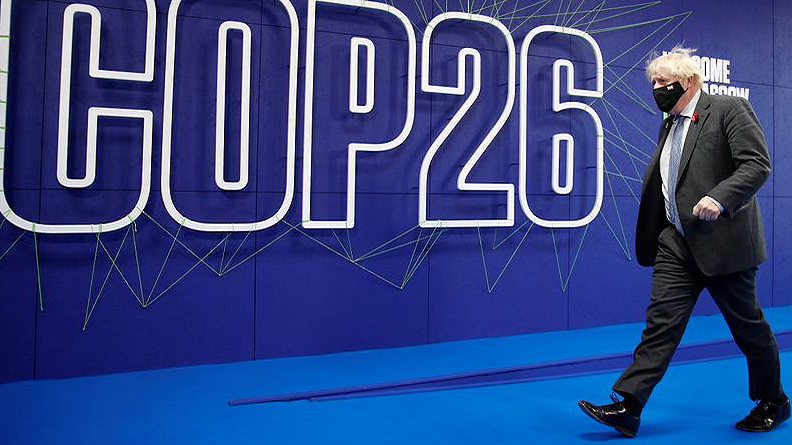 Talks at the climate summit in Glasgow are in the final stretch today as countries try to strike a deal on tackling climate change. A third draft agreement text has been published after overnight talks, which includes an unprecedented mention of phasing out coal and a call for tougher carbon-cutting targets next year both remain in the text.

But developing country representatives are angry that there is nothing about a compensation fund for climate impacts. The summit is seen as a key moment to try and keep temperature increases to 1.5C.

CAFOD’s Director of Advocacy, Neil Thorns, has been at the talks and reports on what progress has been made – as well as what action governments still need to take if the COP is to succeed in putting us on track to tackle the climate crisis.

According to CAFOD here are three crucial issues to look out for from COP26:

On these issues, Neil says:

“Announcements have been made about keeping 1.5 alive, phasing out coal, deforestation and ending finance for fossil fuels. This is good. Some of these commitments are new and with deadlines of this year and next year for stopping funding fossil fuels overseas – turning the tide on government money going to invest in coal, oil and gas.

“But others have deadlines in the future and are repackaged from earlier announcements. For communities living with the reality of climate change, it’s the implementation of these things that is critical. We need concrete policies that are quickly turned into action immediately if we are to keep warming below 1.5 degrees.”

According to Neil: “You might hear a lot about ‘loss and damage’ during COP26, which is essentially the rich countries who’ve done the most to cause climate change accepting liability for the damage that’s already being done to smaller, vulnerable nations and providing financial compensation for that damage.

“This is a vitally important issue at COP26 because without this finance there is little trust from the climate-vulnerable nations in the whole process. So far little has been promised.” Look out for news about loss and damage in the final days of COP26.”

“It’s true that China hasn’t done enough,” says Neil, “and nor has Russia.

“But most big states aren’t doing enough. Chinese representatives are here, out in force, even though the president isn’t here. And China has a history of delivering on promises more than many other states. The success of COP doesn’t rest just on one or two countries’ shoulders. All governments have to take responsibility.”

Neil says: “The smaller states can’t afford to send many representatives to COP like the rich nations can. And they are working so hard for hours on end trying to negotiate. So when they hear that thousands and thousands of people are outside on the streets in Glasgow, and around the world, it really gives them heart.

“I was talking to representatives from a small island-state on the frontline of the climate crisis, and it was really inspiring because they said they were here to make progress. They had hope, optimism and determination.

“We protest on the streets to show that we are with them.”

“Some countries are saying for the first time that they want to phase out coal, which is very positive,” says Neil. “Seasoned people who’ve been to many COPs are genuinely encouraged by this.

“But no state has yet delivered on everything they’ve promised, so there’s a long way to go. We have to keep up the pressure on our decision-makers. Tweet the Prime Minister, send messages, keep the momentum going.

“Governments like making announcements but they don’t so much like being held accountable for putting those promises into place. We need to keep up the pressure. COP26 is about building for the future. We need to keep making our voices heard.”