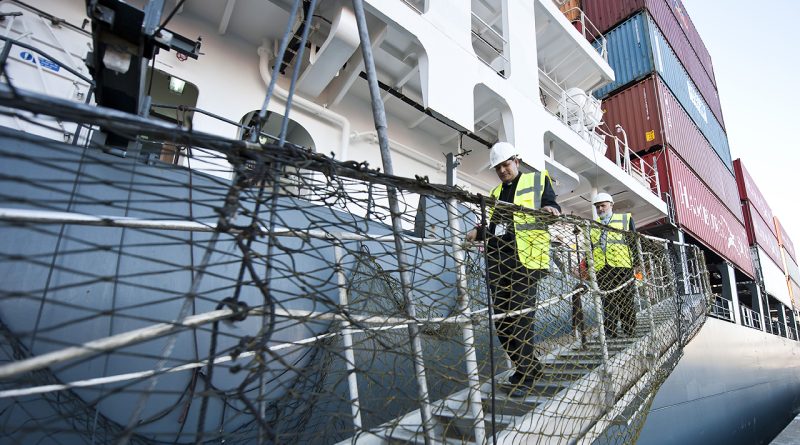 The Holy See is calling for seafarers’ dignity and welfare to be protected and upheld, as concerns continue over unjust treatment and violence at sea.

Addressing the International Maritime Organization’s 32nd Session of the General Assembly in London on 7th December 2021, Archbishop Paul R. Gallagher, the Holy See’s Secretary for Relations with States, said that many seafarers are still being denied shore leave and access to welfare services.

He pointed out that seafarers are also vulnerable to violence and abuse at sea, including pirate attacks and modern slavery.

“There are thousands of seafarers who are currently stranded on ships well beyond the term of their original contracts and who are unable to be repatriated due to COVID-related travel restrictions. Furthermore, there are seafarers who, because of lockdowns or other similar constraints, are unable to join their sea crews and secure their salary,” Archbishop Gallagher said.

“This is deplorable and severely affects their families as well,” he said, adding that the pandemic has only served to bring such despicable violations into greater focus.

Archbishop Gallagher expressed the Holy See’s support for the International Maritime Organization (IMO) and its Member States in upholding the fundamental human rights and integral development of all seafarers, as well as a fairer future for them.

“We join this Organization in considering as a priority the protection of seafarers and their fundamental human rights, as well as the importance of avoiding the pollution of the environment as parts of an integral ecology.

“Moreover, the IMO has an essential role to play in urging the international community to take into consideration more safe and regular migration pathways, for the large numbers of people migrating by sea in overcrowded and unseaworthy vessels.”

The Catholic Church’s support to seafarers and fishers worldwide is conducted through global maritime charity Stella Maris – which is the largest ship-visiting network in the world.

The charity improves the lives of seafarers and fishers through its local chaplains and seafarer centres, expert information, advocacy, and spiritual support. It operates out of more than 300 ports in more than 50 countries.