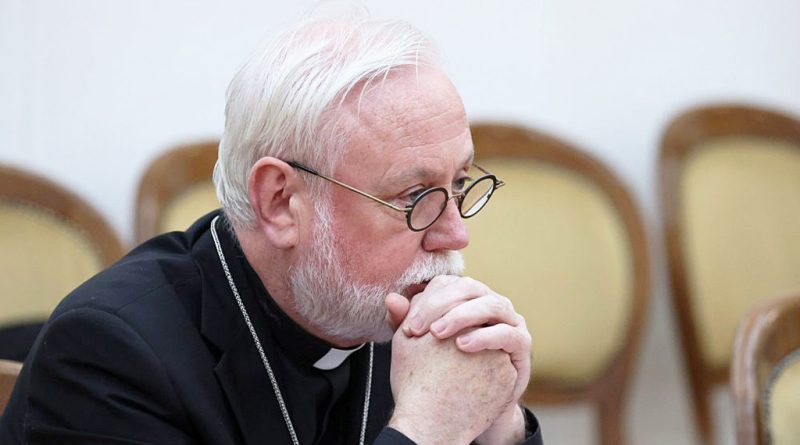 The Vatican Secretary for Relations with States calls for an increased sense of civil and political responsibility to meet the migration challenges of the current historical context. Stefano Leszczynksi of Vatican News reports …

As we prepare to mark World Refugee Day on 20 June, figures show the conflict in Ukraine has pushed the total number of refugees fleeing wars over the 100 million mark. And it is not only conflicts that cause the immense migratory phenomena that force millions of people to leave their homes, their loved ones and their lands: climate change, hunger, the global economic crises are a wake-up call that should pressure world leaders to act concertedly and in a spirit of solidarity.

Speaking at a conference in the run-up to World Refugee Day at the Pontifical Gregorian University in Rome, Father Camillo Ripamonti , director of JRS’ Centro Astalli, said “It is not necessary to stem the phenomenon of forced migration, not even just to govern it: we need to change perspective and think about the faces and stories of the people forced to flee, of the causes that provoke migration, such as the arms trade.”

One of the key speakers at the event entitled “With refugees at the crossroads of history” was Liverpool-based Archbishop Paul Richard Gallagher, Vatican Secretary for Relations with States. He noted that migration is an inescapable phenomenon and that it is inherent in the very nature of man, but he said, “one cannot think of addressing such a complex problem without political will, generosity and a spirit of solidarity.“

Being ‘with refugees at the crossroads of history’ means moving away from the logic of emergency and providing a structured responses to migratory phenomena. Yet even in Europe, where democratised principles and respect for the human person are considered cornerstones, incidents of discrimination are increasing, including against those fleeing war contexts. Reiterating the right of each State to promulgate its own legislation regarding its management of migratory flows, Archbishop Gallagher said “it is necessary to start from the principle of the dignity of persons, from the realisation that we are not dealing with numbers, but with human beings.  It is necessary,” he continued, “to give new impetus in different societies to “a greater sense of responsibility to help each other in dealing with this issue.”

The quest for peace, Pope Francis recently said, is a long and difficult path, which also requires spiritual preparation and intellectual honesty. He explained that is not sufficient to end a war if we do not act on the root causes that provoked it: inequalities, crimes against Creation, food insecurity.

“The gift of peace,” Archbishop Gallagher added, “is always a gift that we need to know how to welcome, and what is happening in Europe today must push us to renew a culture of coexistence, the ability to accept the other in all their diversity.”

This is the only way, the Vatican diplomat concluded, with which we can attempt to deal with a “perfect storm” that calls for all-out action on the part of those in charge of nations, never losing sight of the most vulnerable.

One thought on “On refugee crisis we must realise we are: “not dealing with numbers, but with human beings,” says archbishop”