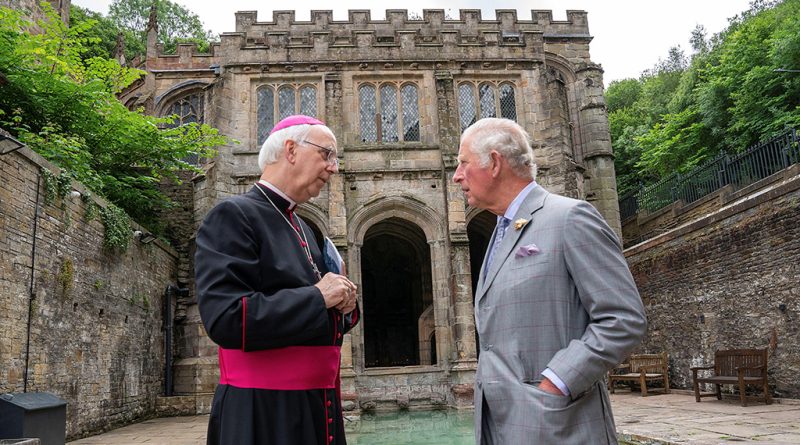 A national pilgrimage to a famous shrine in north east Wales resumes this summer after the Covid pandemic briefly interrupted a 1,300-year unbroken line of pilgrimage.

Over the years, St Winefride’s Shrine and Well in Holywell, 20 miles north of Wrexham, has attracted thousands of Catholic faithful, including royal pilgrims who have visited since 1416, despite the Reformation and countless threats of persecution.

On Sunday, 26 June Bishop Peter Brignall, Bishop of Wrexham, will lead the National Pilgrimage to the Shrine and Well offering it as an opportunity to give thanks and offer prayers for those who continue to be affected by Covid and for those who died from the virus.

The Sunday falls during the World Meeting of Families and starts with a procession from the Church of St Winefride at 2.30pm down to the Well, followed by Mass at 3pm in the Shrine Grounds.

Further details can be found by visiting the Shrine and Well website.

Stories of St Winefride vary but here’s a short account of the main features of the legend:

Winefride, Gwenfrewi, was the daughter of a local prince named Tewyth and his wife Gwenlo. Her uncle was St. Beuno. One day, around the year 630, Caradoc, a chieftain from Hawarden attempted to seduce Winefride. She ran from him towards the church which had been built by her uncle. Caradoc pursued her and cut off her head. In the place where her head fell, a spring of water came up. St Beuno came out from the church, took up her head and placed it back on her body. He then prayed and restored her to life. A white scar encircled her neck, witness to her martyrdom. Caradoc sank to the ground and was never seen again. Winefride became a nun and, after her uncle’s departure from Holywell for the Monastery of Clynnog Fawr, joined a community at Gwtherin where she became the Abbess. She died there some 22 years later.