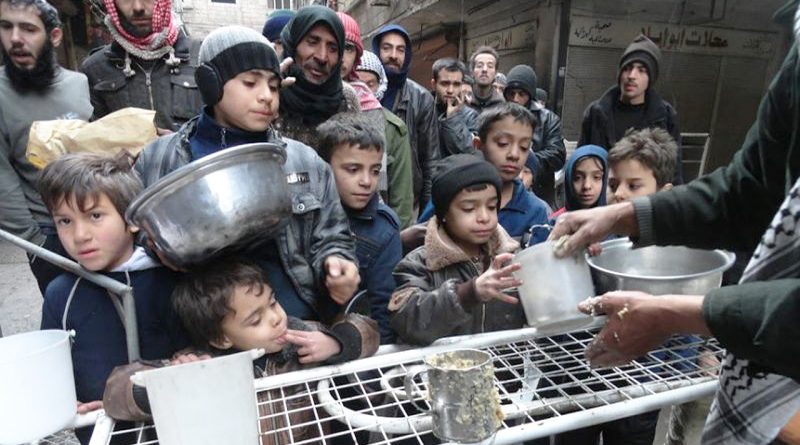 The Head of Humanitarian Policy at a leading Catholic charity is calling for the UK government to reverse its aid budget cuts to Syria, amidst a worsening problem across the country and beyond its borders.

“Although it may be out of the news headlines, the suffering in Syria continues. Millions of people have been forcibly displaced both within Syria and beyond its borders,” said Howard Mollett of CAFOD.

With the impacts of Covid-19 and rising food and fuel prices exacerbated by the crisis in Ukraine, the hardship faced by ordinary people in Syria and surrounding countries is spiralling.

“First, the UK should reverse the cuts to its Syria aid budget, which have led to thousands of Syrian children being unable to go to school – exposing them to increased risks of early and forced marriage – and its cuts to support for the livelihoods and basic assistance to Syrian men and women.

“Second, the British government should take more deliberate steps to ensure UK aid funds reach local Syrian organisations, who understand best their communities and how to get aid to where it is needed. The UN pooled fund for life-saving projects in North West Syria, which is the main budget directly accessible by local Syrian organisations, has less than half the level of funding it received a year ago,” Mr Mollett said.

The 6th Brussels Conference on supporting the future of Syria and the region takes place tomorrow, 10 May 2022.

CAFOD and its sister Caritas agencies are asking international donors attending the Brussels Conference to do the following:

“The Brussels conference offers the chance for the British government and other donors to renew their commitment to the Syrian people. Will they take it?” said Mr Mollett.