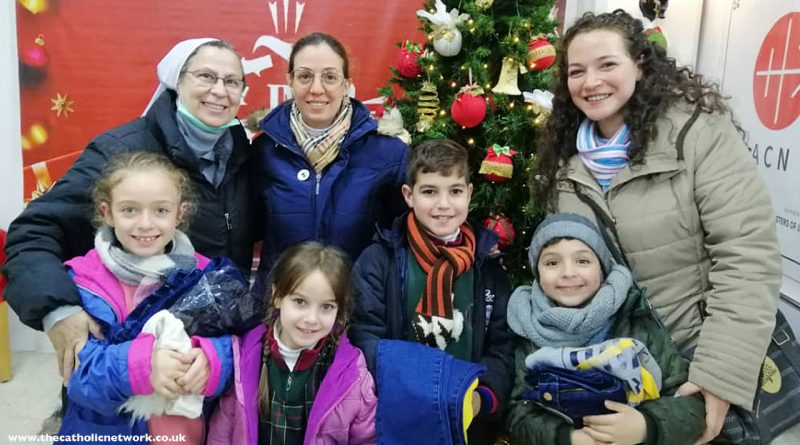 THE UK office of a leading Catholic charity has sent out a raft of aid programmes in the build-up to Christmas, helping suffering Christians around the globe, from Vietnam to Uganda to Russia.

The December payments of Aid to the Church in Need (ACN) (UK) include support for seminarians, reconstruction of church buildings, repairs to a school in Syria as well as payment of rent for struggling Christian families in Damascus.

ACN gave money to the Voice of Peace radio station in Iraq, the only Christian station in the Nineveh Plains that was forced to close down after the invasion of Daesh (ISIS) in 2014.

Neville Kyrke-Smith, national director, ACN (UK), said: “With Christmas fast approaching, it is vitally important that ACN gives succour to our brothers and sisters who suffer because of their faith in Christ.

“I am delighted that the UK office of ACN is able to extend vital aid to Christians in such a wide variety of countries.”

The charity also paid for a motor boat for St Xavier’s parish, Usuusue, in the Solomon Islands, allowing the priest to reach far-flung faithful.

In Burkina Faso, where the charity has received reports of an Islamist killing campaign against Christians, ACN (UK) supported seminarians in Ouahiqouya diocese in the heart of the terrorism zone where there are many displaced families.

In nearby Nigeria, which is also dealing with a much-documented Islamist insurgency, ACN gave money for the roofing of Our Lady of the Rosary Catholic Church at in the diocese of Ekiti.

Mr Kyrke-Smith said: “Islamist insurgencies are bedevilling several countries across Africa, with so many Christians being murdered, raped and beaten.

“Therefore, ACN is stepping into the breach to stand shoulder to shoulder with Christians who are attacked so ruthlessly.”

There was aid for Christians in Eastern Europe, including livelihood support for 139 religious Sisters in the archdiocese of Lviv, Ukraine, and formation support for 175 students in the Stavropol seminary, Russia.

Mr Kyrke-Smith said: “I would like to say a huge thank you to all of our generous benefactors for their prayers and support.

“Without their help, we would not be able to reach out in love with the light and hope of Christ to those in such need.”