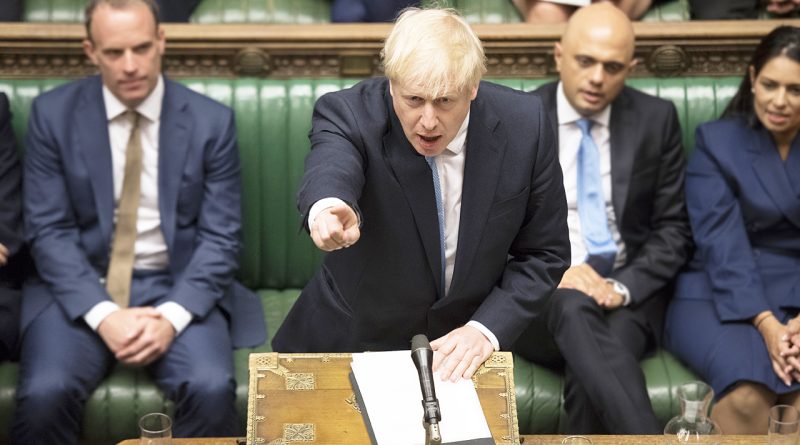 After the interminable wait for the Sue Gray report into Partygate, the Conservative Party’s embarrassingly ambiguous confidence vote in the Prime Minister and indeed the whole catalogue of Johnson misdemeanours, you could be forgiven for wondering if there is nowadays anything that can bring a government to account?

It’s actually somewhat harder to remove a sitting Prime Minister than most people think, and it’s especially so given the present circumstances of Westminster and the party system. Even an overwhelming vote of no confidence from his own party would have been no guarantee of change – a Prime Minister can simply refuse to go, as surely Johnson would have done if the result had been even worse than predicted.

A broader vote of no confidence from across the House would result in a required resignation under the Fixed-Term Parliaments Act 2011, but the present balance of power and the Conservative Party’s healthy majority means that even 148 Tory rebels would likely leave a cross-party result short of the required line.

In this circumstance there are really only two ways the present Prime Minister could be removed – by his own local constituents voting him out in a General Election (two years away), or the monarch stepping in to demand he goes. However, this is highly unlikely – under our constitutional monarchy system HM The Queen could technically fire a Prime Minister if she believed that the wishes of the legislature differed significantly from those of the nation. But given the requirement of the monarchy to be politically neutral, such a move would be extremely contentious – and just now calculating the mood of the public on anything is an impossibility.

And here is perhaps the essence of the sorry political mess we have found ourselves in. For the past few decades there has been constant carping on about voter alienation and political disenfranchisement, as the numbers of people actually going out the door to vote on anything showed a relentless decline. In recent years in particular all shades of the political establishment seem to have become far more preoccupied with rooting out public support than actually enacting legislation.

There was a prime example of this today, with the Prime Minister attempting to ‘reset his premiership’ by announcing new housing measures designed blatantly to attract voters. Drawing heavily on the Thatcher handbook, the PM announced in a speech Lancashire today a scheme that he says will help housing association tenants to buy their home. (Council tenants in England have been able to buy their homes at a discount since October 1980, when the policy was introduced under former Conservative prime minister Margaret Thatcher.)

The announcement brought a swift response from Polly Neate, chief executive of housing charity Shelter, who described the prime minister’s housing proposals as “baffling, unworkable, and a dangerous gimmick”.

Extending the right-to-buy would “put our rapidly shrinking supply of social homes at even greater risk,” she added.

“For decades the promise to replace every social home sold off through right to buy has flopped. If these plans progress we will remain stuck in the same destructive cycle.”

It’s understandable that the present government is desperate to float new policies targeted at public popularity, as many of their election pledges have fallen short of the mark. Just this morning the BBC Reality Check Team delivered a damning indictment of the key issues that the Tory government stood on at the last General Election. Whilst some undoubtedly floundered because of circumstances beyond the government’s control, others are still being lauded as achievements when the facts clearly differ.

Perhaps most telling was the row in PM Questions this week about ‘new hospitals’ – a staple vote-winner ever since the NHS was founded. In 2019 the government came in on a pledge to build 40 new hospitals “over the next 10 years”. As this became a clear impossibility, last year the government conveniently tweaked the definition of a ‘new’ hospital to include a range of refurbishments and extensions to existing hospitals. In December last year the Nuffield Trust found that of the 40 hospital projects announced by the government – 22 are rebuilds, 12 are new wings on existing sites, three are rebuilds of non-urgent care hospitals, and only three are entirely new hospitals. When asked just this week, a Department of Health spokesperson admitted that only one promised new hospital has opened, and only six more are under construction.

In Prime Minister’s Questions yesterday, Mr Johnson bullishly reaffirmed the government’s commitment to building 40 new hospitals, whilst the opposition sought to berate him on the lack of progress, and the extreme likelihood that the 40 target is a myth.

Whilst this may have been so much political sparring, the hospitals issue demonstrates perfectly the current dangers of politicians using such ‘hot button’ topics to attract voters. Listening to the arguments in Westminster over hospital builds, it would have been obvious to any member of the voting public that both sets of claims can’t be true. Bluntly, someone is lying. The difficulty is, who? And – in the face of so much conflict and contradiction amongst our legislators – who can be bothered to find out? The real danger of such adversarial politics is that it just further erodes an already dwindling public interest in the whole political process.

Sadly, such sentiments are nothing new …

“The House of Commons has ceased to be an instrument of government. Its ancient functions have been killed under the prolonged and continuous action of hypocrisy. It affords today no more than an opportunity for highly lucrative careers. That career is founded on the bamboozlement of the public with the complicity of nobodies content to write MP after their name as a sufficient reward for supporting the Party System: to whom, of course, must be added the lawyers and businessmen for whom parliament offers definite financial rewards, and that in proportion to their indifference to their representative duties.”

That succinct condemnation was written way back in 1911, by the Catholic writer Hilaire Belloc – in his book The Party System. The year before Belloc, who had been the Liberal MP for Salford South since 1906, quit the whole Westminster game after being outraged at the corruption and self-serving interests of legislators. Undoubtedly embittered and disillusioned at the deflation of his political career, Belloc understandably lashed out at every aspect of party politics, even to the extent of ignoring those few who had actually entered politics with benevolent intentions.

Ironically his brief career as an MP was the only employment Belloc experienced, subsequently making a modest but unpredictable living for himself and his family as a writer. Today Belloc rarely figures in discussion, and his prophetic book is long forgotten too. But it’s central message remains as apposite today as it was in 1911 – the Westminster system is so fundamentally broken that the public no longer has any trust in it, and precious little respect for its members.

Back in 1944 – 77 years ago – a Gallup poll found that some 35% of voters believed that politicians were merely “out for themselves”. The IPPR Thinktank asked the same question just a month ago and 63% of people now believe that politicians are just in it for themselves, with just 5% believing legislators are acting in the country’s best interests.

Cynicism towards politics and politicians is nothing new, but the current state of affairs suggests that – as Belloc found in 1911 – even those legislators who enter parliament with decent intentions are being sucked down in the increasing public illegitimacy of parliament.

Clearly we are in the midst of a real crisis for UK democracy, and one that has huge implications for the way we are governed, and for the future of society.