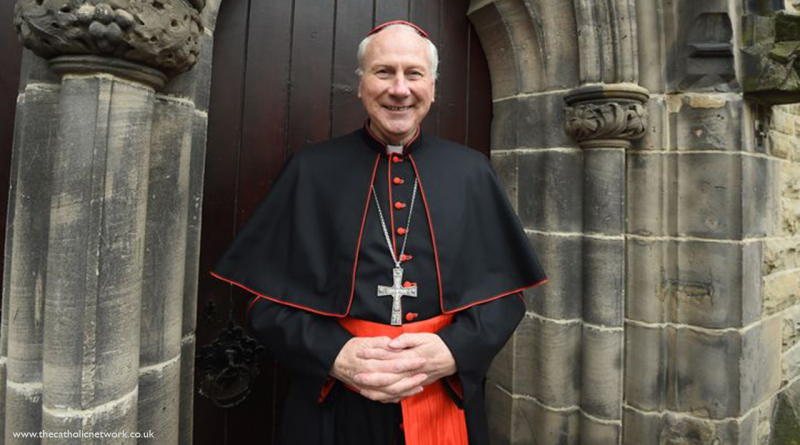 A Liverpool-based English cardinal is amongst Catholics who have received recognition in this year’s Queen’s New Year’s Honours List.

Cardinal Michael Fitzgerald was awarded an OBE for services to interfaith and interchurch partnerships. Cardinal Fitzgerald is an expert on Christian-Muslim relations.

He was born in Walsall on 17th August 1937, into a Roman Catholic family of Irish descent, and wanted from an early age to become a priest and a missionary, he joined the junior seminary of the Missionaries of Africa (White Fathers) at the age of twelve, first in Scotland, then in the South of England.

Following a series of international posts, he was appointed Secretary of the Secretariat for Non-Christians in 1987, which was renamed the Pontifical Council for Interreligious Dialogue (PCID) in 1988. In that capacity he helped draft Dialogue and Proclamation, one of the Roman Catholic Churc;’s documents concerning the relationship between dialogue and evangelisation.

In October 2002 Pope John Paul named him to succeed Cardinal Francis Arinzé as President of the PCID and gave him the rank of archbishop as well. This made him the highest-ranking British citizen in the Roman Curia.

In  2006 Pope Benedict XVI appointed him Apostolic Nuncio to Egypt and Delegate to the League of Arab States, his first diplomatic posting.

He resigned from his position as nuncio in October 2012 and in retirement he remained at the Missionaries of Africa in Jerusalem until early in 2019, when he returned to England to work in th Liverpool parish of St Vincent de Paul in the city’s Baltic Quarter.

On 1st September 2019, Pope Francis announced he would make him a cardinal, and on 5th October 2019 he was made Cardinal Deacon of Santa Maria in Portico.

Also recognised in this year’s Honours List were Sister Margaret Harlock, of the Congregation of La Retraite, chair of governors at St Brendan’s Sixth Form College, Bristol (MBE for services to further education); Julia Baines, a teaching assistant at St Margaret Clitherow Catholic primary school in Bracknell (BEM for services to education for people with special educational needs and disabilities) and Evelyn Cosgrove, former principal of St Mary’s Catholic school in Newry, who was awarded OBE.

Former Labour MP for Leeds West, Sir John Battle, who has been pro chancellor of Leeds Trinity University since 2017, and who is chair of the Diocese of Leeds Justice and Peace Commission, was recognised with a knighthood.

Raymond Friel, chief executive of Caritas Social Action Network, received an OBE in recognition of his 30 years of service to education. Raymond started teaching in St Charles Catholic Sixth Form College, London in 1990, was a head teacher in Catholic secondary schools from 2002 until 2016. His published books include How to Survive in Leadership in a Catholic School and Formation of the Heart: the Why and How of being a Catholic Today, due to be published this year by Redemptorist Publications.

Olympic champion cyclists Laura and Jason Kenny were among the members of Team GB recognised with New Year honours, becoming a knight and dame. Sir Jason won nine Olympic medals in Japan including seven golds, making him Britain’s most successful Olympic athlete. Dame Laura won two medals, taking her total of Olympic medals to six, including five golds, putting her at the top of the list of medal-winning female British Olympians. The Catholic couple were married by Fr John Dale at St Alban’s Catholic church in Macclesfield in September 2016.