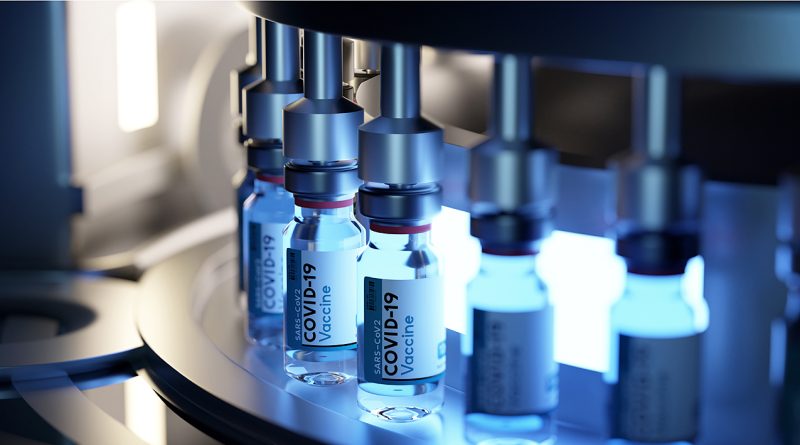 As if we haven’t got enough to deal with worrying about Omicron and whether or not we are finally going to be able to hug loved ones this Christmas, there are now worrying rumblings that Covid vaccination could soon become mandatory.

Although the idea is nothing new it gained new impetus this week when European Commission President Ursula von der Leyen told an audience on Wednesday that in the face of “an enormous health cost” it is now “appropriate” to discuss vaccine mandates.

“Two or three years ago, I would have never thought to witness what we see right now: That we have this horrible pandemic,” she said at a news conference in Brussels.

“We have the life-saving vaccines, but they are not being used adequately everywhere. And thus, this is an enormous health cost.

“How can we encourage and potentially think about mandatory vaccination within the European Union?” she told reporters.

“This needs discussion. This needs a common approach, but it is a discussion that I think has to be led.”

Less than 24 hours later Germany’s national and regional leaders announced that unvaccinated people will be barred from much of public life in a bid to fend off a fourth wave of covid there. Only those who have been vaccinated or recovered in the past six months will be allowed freedom of movement. (Germany has a relatively low rate of vaccination take up, with only 68.7% of its population fully jabbed.)

The new “2G” policy – genesen (recovered in the past six months) or geimpft (vaccinated), will mean that unvaccinated people will be limited to meetings within their own household and two other people, and they will be unable to enter restaurants, cinemas, leisure facilities and non-essential shops.

Outgoing Chancellor Angela Merkel has described the far-reaching measures as an act of “national solidarity” and has said that she hopes mandatory vaccination could be in place across the country by February.

“The fourth wave must be broken, and this has not yet been achieved. Given the situation, I think it is appropriate to adopt compulsory vaccination,” she said.

Whether this kind of ‘quasi-lockdown’ is enforceable, or can be policed in any meaningful way, is another matter.

In Greece, they’re attempting to force the issue by slapping a monthly fine of €100 (£85) on anyone aged 60 and over who refuses the vaccine, and various mandatory impositions are already in force in Austria, Indonesia, Turkmenistan and Micronesia.

For Catholics, and indeed many people of faith and conscience, this poses a difficult and troublesome dilemma. Those closest to these particular issues – the many Catholic medical associations around the world – have always been unanimous in their rejection of mandatory health practices. Across 2021 The Vatican and other Catholic bodies too have always encouraged Catholics to get vaccinated, but have stopped well short of endorsing mandates.

At the centre of the debate is ‘conscience’, and ‘free will’. Whilst we all have a strong moral duty to act responsibly out of concern for our neighbour, our actions must always be taken in the light of a moral informed consent – in other words, as a voluntary rather than a compulsory action. It’s all very well for Angela Merkel to talk about compulsory vaccination as an act of ‘national solidarity’, but this solidarity is morally and socially meaningless if it is based on coercion. Personally, I have no understanding of why anyone might wish to remain unvaccinated in the midst of this deadly pandemic, but my conscience tells me that I have to respect their decision if it is reached for reasons they believe to be sound.

In July this year the chancellor of the Archdiocese of New York City took a particularly tough moral line when it published a memorandum to its priests and parish leaders instructing them not to grant anyone a religious exemption from having the vaccine, even if it was pleaded for.

Signed by Mgr Joseph LaMorte, the vicar general of the archdiocese, it proclaimed: “There is no basis for a priest to issue a religious exemption to the vaccine. By doing so he is acting in contradiction to the directives of the Pope and is participating in an act that could have serious consequences to others.

“Pope Francis has made it very clear that it is morally acceptable to take any of the vaccines and said we have the moral responsibility to get vaccinated,” Mgr LaMorte added.

This was a reference to comments made earlier this year by Pope Francis, who said that getting a Covid jab that is “authorised by the respective authorities” is an “act of love.”

“Love for oneself, love for our families and friends, and love for all peoples. Love is also social and political,” he said.

But he added that whilst vaccines “bring hope to end the pandemic”, they only do so if “they are available to all and if we collaborate with one another.”

There are some distinct moral and philosophical nuances here that means Pope Francis’ comments fall somewhat short of Mg LaMorte’s mandate memorandum. In simple terms, what Pope Francis and most Catholic authorities have been saying is that getting vaccinated is not a black-and-white ‘principle’, but rather a ‘prudential’ action. In other words it is not a command, but a recommendation.

Whilst this makes the point that any common-sense person should go ahead and get vaccinated for their own benefit and for the safety of others – this has to be a voluntary, rather than a compulsory, act. A compulsory action has no moral meaning or value, as it isn’t a decision made freely and with knowledge of its possible consequences or benefits. So, it’s a no to mandatory vaccination programmes from the Vatican.

Perhaps of far greater significance is Pope Francis’ remark that vaccines only bring a “hope to end the pandemic” if they are “available to all”. The phrase that “no one is safe until we are all safe” has been one of the most profoundly succinct statements of this pandemic, yet it is probably the most widely ignored. From the outset of Covid, Vaccines have been bulk-purchased, hoarded and forward-ordered by wealthy Western nations, whilst the majority of the globe hasn’t got within miles of even its first jab. By the end of this month, Western nations will have stockpiled more than two billion unused vaccines, and the pace of production is only increasing.

From the very first days of Covid there were stark warnings from bodies like the World Health Organisastion that if we didn’t get the vaccine programme rolled out rapidly in continents such as Africa and India, our efforts at mass immunisation in the West could become futile. From what we have seen over the past few weeks that warning seems highly prophetic. Far worse, it feels profoundly uncomfortable to be talking about mandatory vaccinations and social exclusion for those who haven’t a second jab and the booster, when the rest of the world is begging at our doorstep for that first precious, life-saving dose.